Happy Birthday to the other half of Our Open Passp

Just a mid week reminder to take a second, and jus

Tteokguk | 떡국 (Korean rice cake soup) is probably one of my (Cherrod’s) all-time favorite Korean dishes and I am so excited to share this family recipe with you all!

I have such fond memories as a child begging my mom to make this dish for me over the years. While this dish is prominently known to be eaten on Seollal (Korean/Lunar New Year), it is also just as delicious any other time of the year!

I make it a handful of times throughout the year because it is now one of Matt’s favorite Korean dishes and he now makes a special request every now and then.

Tteokguk is a special rice cake soup that Koreans eat to celebrate the Lunar New Year. It’s a traditional must-have dish every New Year and it’s filled with sliced rice cakes (also known as garaetteok) in a delicious beef broth.

From Korean tradition, eating a bowl of tteokguk on Lunar New Year symbolizes a long life, good health, and becoming one year older.

5 THINGS TO KNOW ABOUT PUBLIC TRANSPORTATION IN KOREA

PLANING A TRIP TO KOREA? DOWNLOAD THESE PHONE APPS.

WHY YOU SHOULD ADD THIS GETAWAY TO YOUR KOREA ITINERARY

This site uses Akismet to reduce spam. Learn how your comment data is processed. 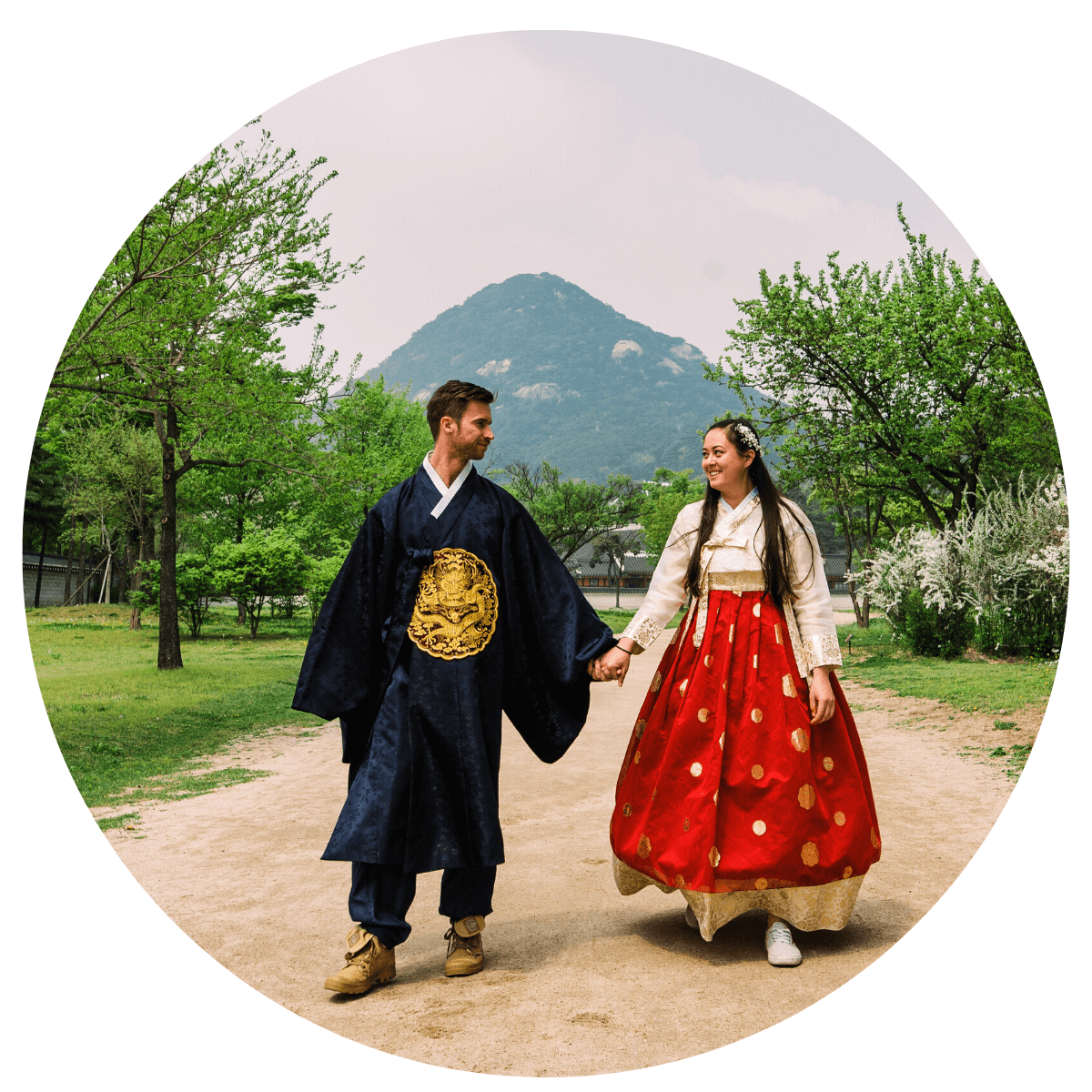 Hey there! We're Matt and Cherrod; a US/Australian couple that met while on holiday that haven't stopped exploring since the day we met. Join us on our adventure as we give you our open advice and tips on our own explorations.

DO YOU LOVE OUR OPEN TIPS?

Each month, our newsletter features personally selected travel stories, how-tos, tips from around the world, and articles. Subscribe so we can exclusively share with you.

This website uses cookies to improve your experience while you navigate through the website. Out of these cookies, the cookies that are categorized as necessary are stored on your browser as they are essential for the working of basic functionalities of the website. We also use third-party cookies that help us analyze and understand how you use this website. These cookies will be stored in your browser only with your consent. You also have the option to opt-out of these cookies. But opting out of some of these cookies may have an effect on your browsing experience.
Necessary Always Enabled
Necessary cookies are absolutely essential for the website to function properly. This category only includes cookies that ensures basic functionalities and security features of the website. These cookies do not store any personal information.
Non-necessary
Any cookies that may not be particularly necessary for the website to function and is used specifically to collect user personal data via analytics, ads, other embedded contents are termed as non-necessary cookies. It is mandatory to procure user consent prior to running these cookies on your website.
SAVE & ACCEPT
Loading Comments...